“Finally, we managed to draw in our first podium, and I think that is a huge jump for me in terms of mindset but also for the team, we know that we can do it and that we can hold our own against the more established teams in the series. In race three we were able to take it to the factory BMW which proved in qualifying to be the car to beat this season.

“We didn’t quite maximise our qualifying on Saturday, but race day is where the points are won, and now we know we have a very strong race car in both the wet and dry. Testament to the team who have worked incredibly hard over the winter to put us in the best shape possible.

“Going into the rest of the season we will be looking for more podiums as well as continuing to bank those points in our pursuit for the Independents and Jack Sears championships.”

Will Powell, Driver of the Autobrite Direct with Journey Hero Cupra.

“What a baptism of fire but I’m loving being in the BTCC with Team HARD. Racing! Brands were always going to be a massive learning curve but trying to learn the car in varying weather conditions, often racing on a slick tyre on a wet or damp track, was very challenging.

“My Cupra Leon was built by my fantastic crew in record-breaking time which meant the first time I drove it was in FP1. They did an amazing job getting it ready and I just wanted to do it justice. With any new race car, you get teething problems, and we knew this weekend would be a ‘test’ in the public spotlight but there was no choice.

“The car had hybrid deployment issues in qualifying and the opening two races. In Race 1, we decided to roll the dice anyway so went for slicks on the grid, even though the track was wet, gambling on it drying up. This meant I had no heat in the rear tyres for the opening laps and it was like driving on ice, but a dry line appeared late in the race, I managed to set some competitive times and learned loads about driving a touring car on the limit!

“Race 2 was again no hybrid but also no turbo after a boost pipe split on my practice starts so just bad luck. I then made a poor start in Race 3 and ran wide on the slippery track with cold tyres trying to compensate causing the car to overheat with blocking the radiators requiring a pit stop to clear the ducts. Classic rookie mistakes that we’ll learn from.

“Overall, I cannot thank my crew and the team’s management – particularly Tony, Sam, and Gary – for the faith they’ve shown in me and know we’re all in this for the long-term. I’ve now racked up a couple of hours running in the car and I’m looking forward to the next three races at Thruxton which will hopefully be more ‘normal’ and will allow me to get to grips with the Cupra Leon.” 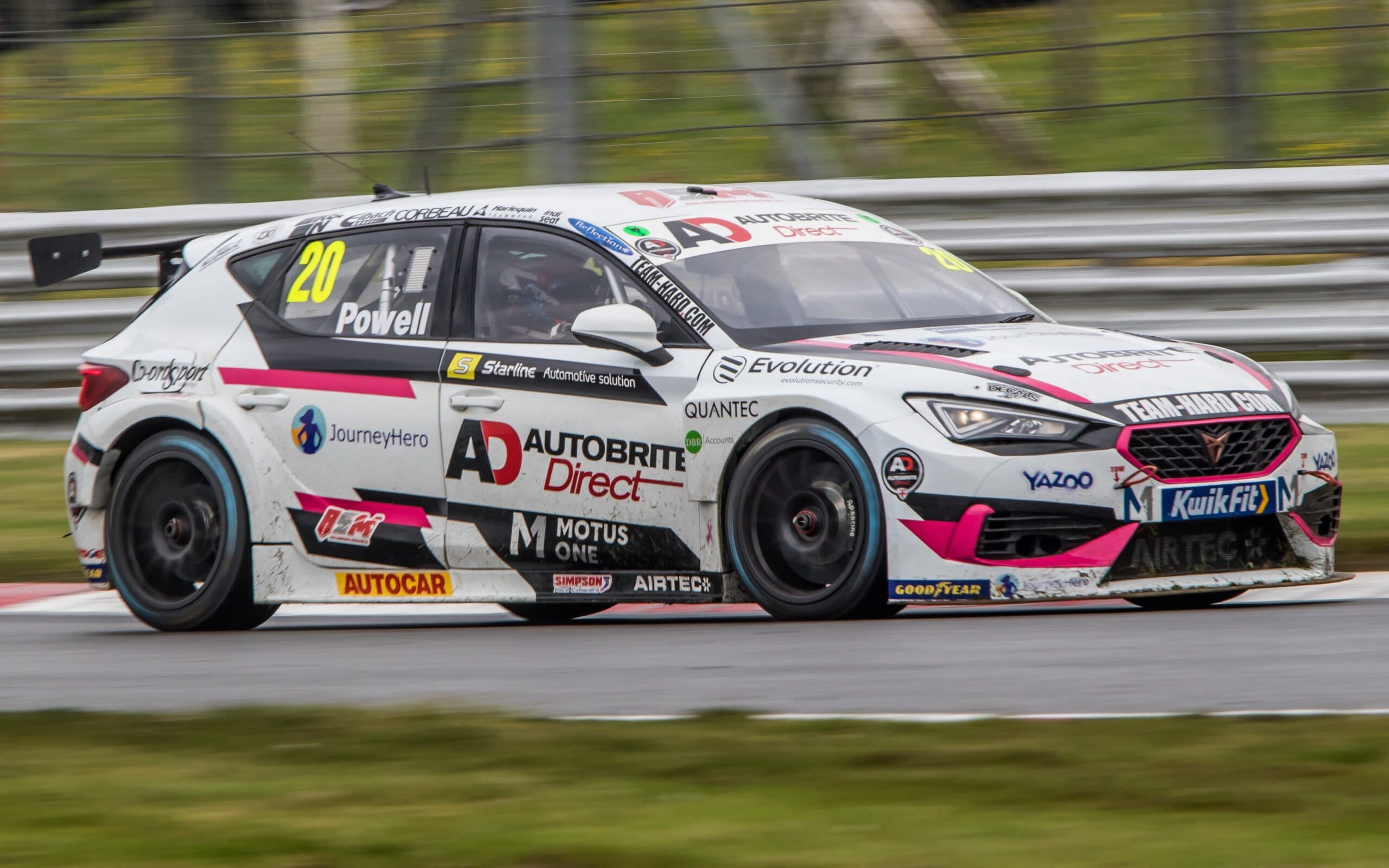 Aron Taylor-Smith, Driver of the Yazoo with Safuu.com Racing Cupra.

“A difficult weekend for our side of the garage, having qualifying ruined by something out of our control put us on the backfoot but the changeable conditions on Sunday also threw another spanner in the works.

“For me personally, we struggled to find the sweet spot in terms of what we needed from the car but at the same time, we have done very limited wet running. Having said that we learned a lot about my own driving and what I need from a car in those conditions to make it quick.

“In summary, a character-building race day but at the same time still positives to be taken. One thing that has to stand out is Bobby’s podium, I am over the moon for him and the team because it’s great to see the team get the results they deserve. Hats off to him, he drove impeccably in all three races and thoroughly deserved those results.

“It’s great to see some silverware coming back into the workshop and I know we will be there in no time at all so I can’t wait for Thruxton in a few weeks where we can put everything, we learned this weekend into practice.” 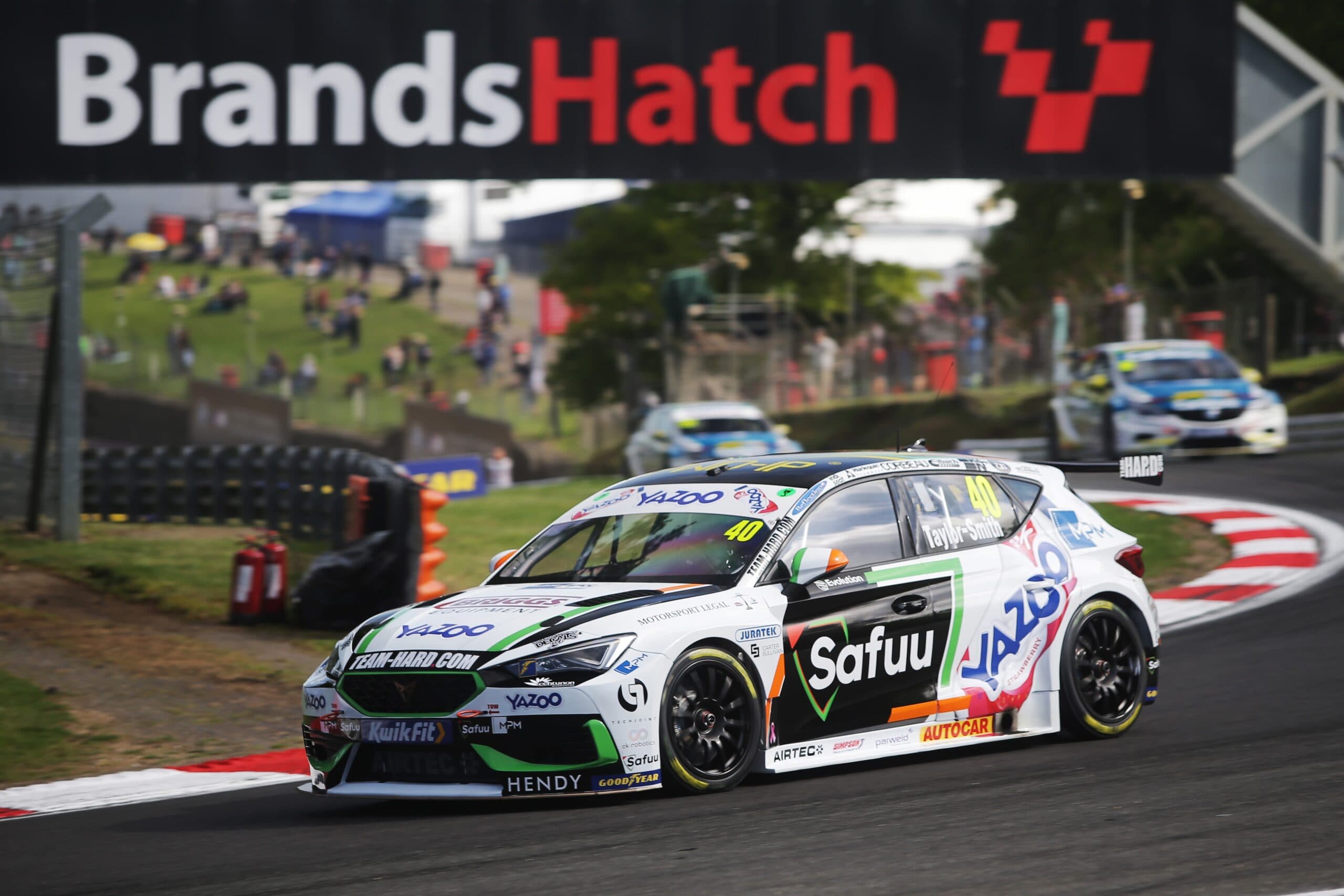 Nic Hamilton, Driver of the Yazoo with Safuu.com Racing Cupra.

“I’m pleased with the weekend and excited for the future after what we learned this weekend at Brands (Hatch) Indy. We have a new servo assisted brake pedal which wasn’t in the car until Saturday morning, and you don’t have a lot of time to get things sorted in practice, so Saturday was all about trying to fine tune the brake pedal in the dry but with rain ever present on Sunday, it made the situation a lot more difficult. Getting the feeling with the new brake pedal in the rain during race 1 was a challenge as I’d never pressed the pedal before in the wet. Our pace was very comparative in races 2 and 3 and it was definitely progress for me, I didn’t feel any pain in the car which was nice and a really big improvement.

“I think we just need to fine tune this brake pedal, once we tune it, I will gain even more time and to be honest I’m proud of my performance, I was consistent, didn’t make any mistakes and I don’t think you could expect anymore after such a drastic change in the braking system that you have never driven before.

“The team worked fantastically together and had a really good weekend so we will just keep looking forward to the bigger braking circuits where I think this new system is really going to come into its own and you will see my progress.

“Let’s see how we get on for the rest of the year.” 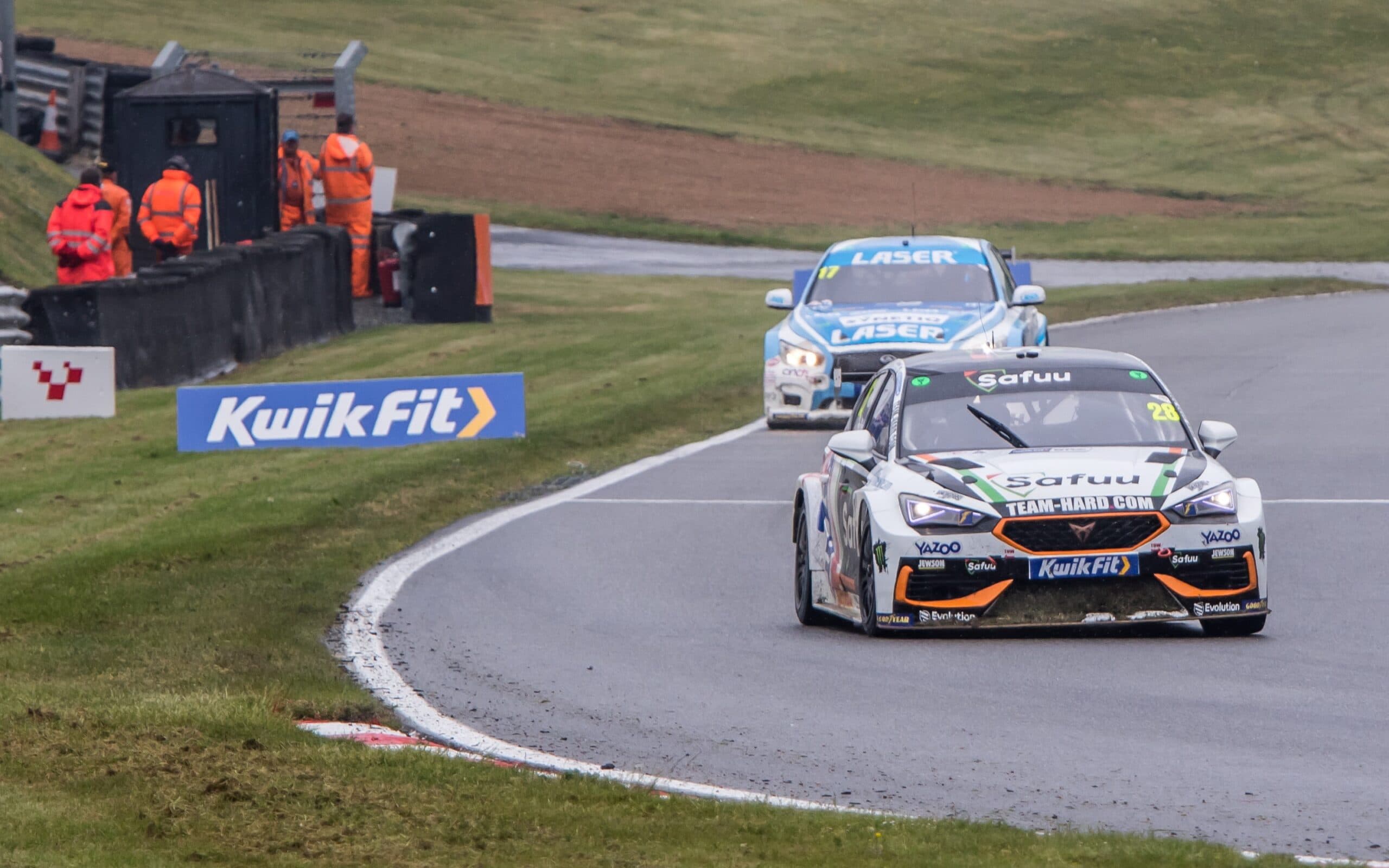 “Another tough weekend where we suffered a lot of niggles that hampered my progress. But positives are that I went quicker every time I went out and I am finally starting to understand the car.

“We will come back stronger at Thruxton in a couple of weeks.” 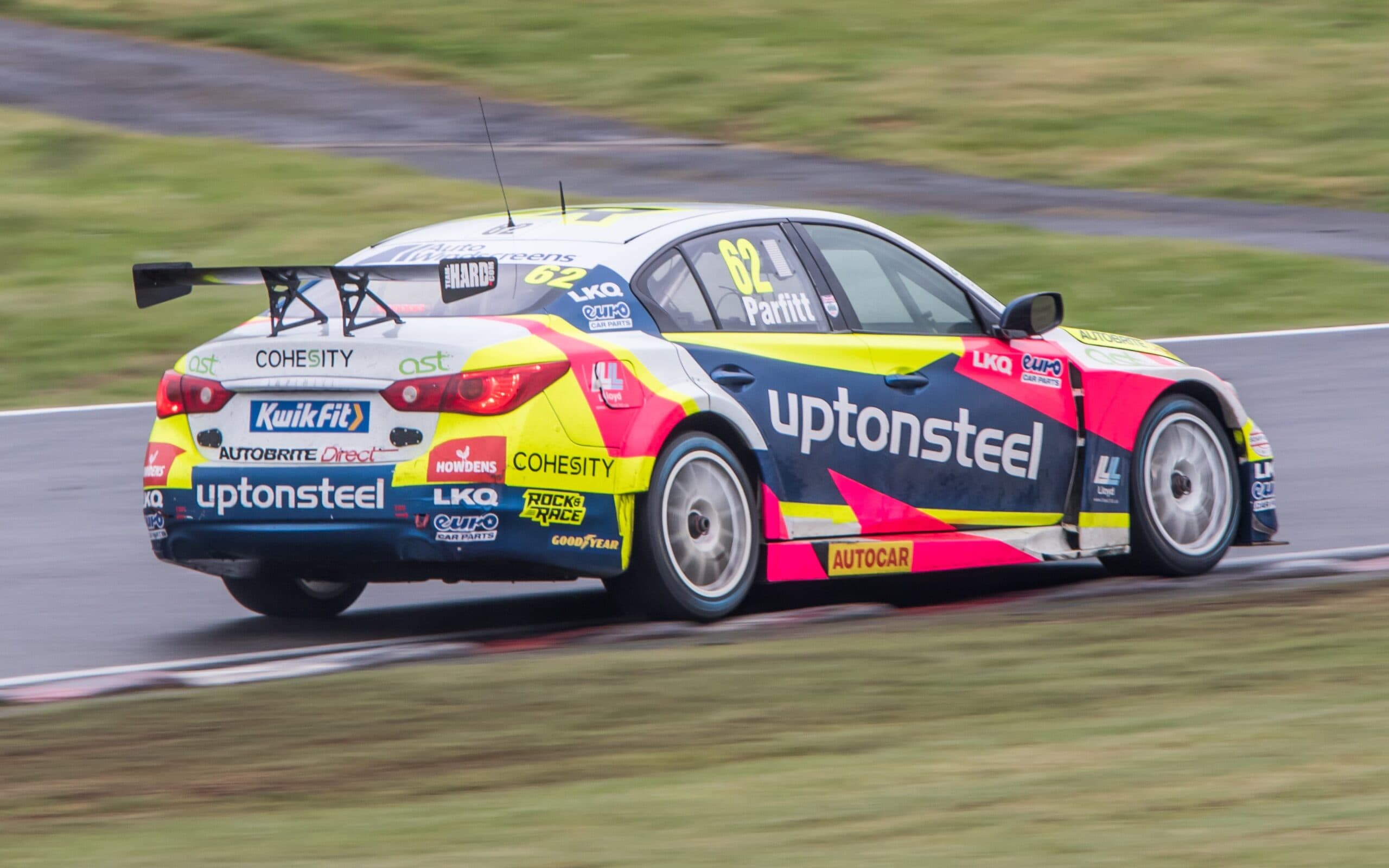