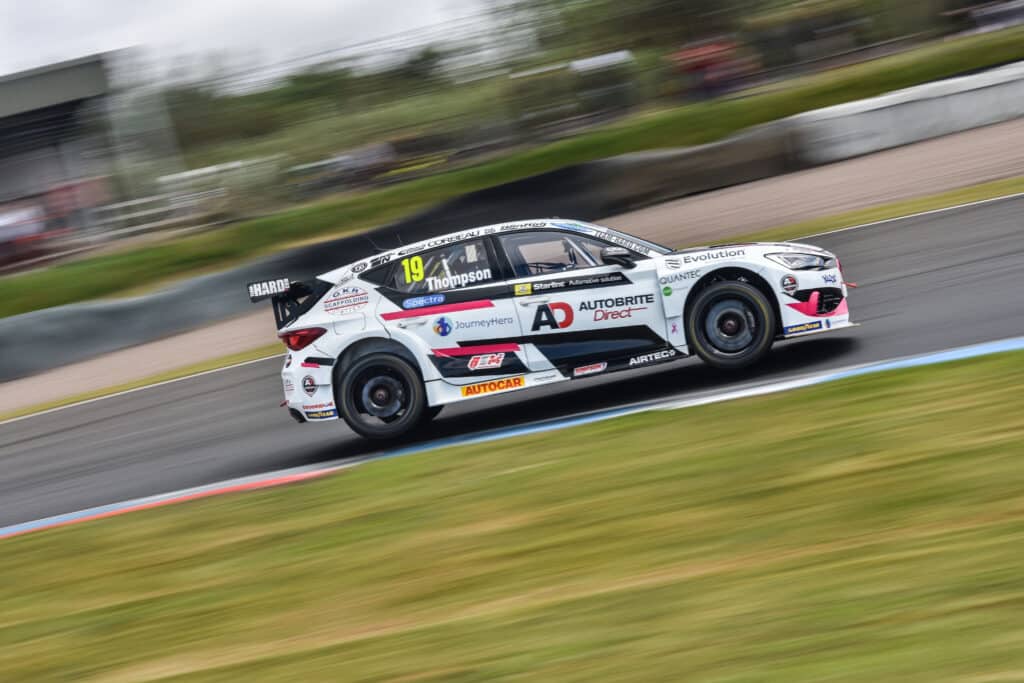 Bobby Thomson: ‘’A Day of what could have been. I think we had pace for top 6, top 7. Race 1 we made the best of a bad situation after getting pushed out wide at the start and on to the gravel and then I was just trying to get back to that P12 where we started and we managed it.

‘’Race 2 it was damage limitation and we were getting driven into quite a lot and then got finished off by a certain driver and put into the gravel with a right rear puncture. Race over and starting at the back for race 3.

‘’Race 3 was again damage limitation and just trying to get as far up as we can to get the points in for the Jack Sears Trophy. We come away leading the Jack Sears only by a couple points whereas we had a big lead coming into the weekend, but this is hopefully our bad race meeting, and everyone has to have one so we will push on for Snetterton. We know we’re good there after the 2-day test so now it’s time to get our head down for the next round.’’ 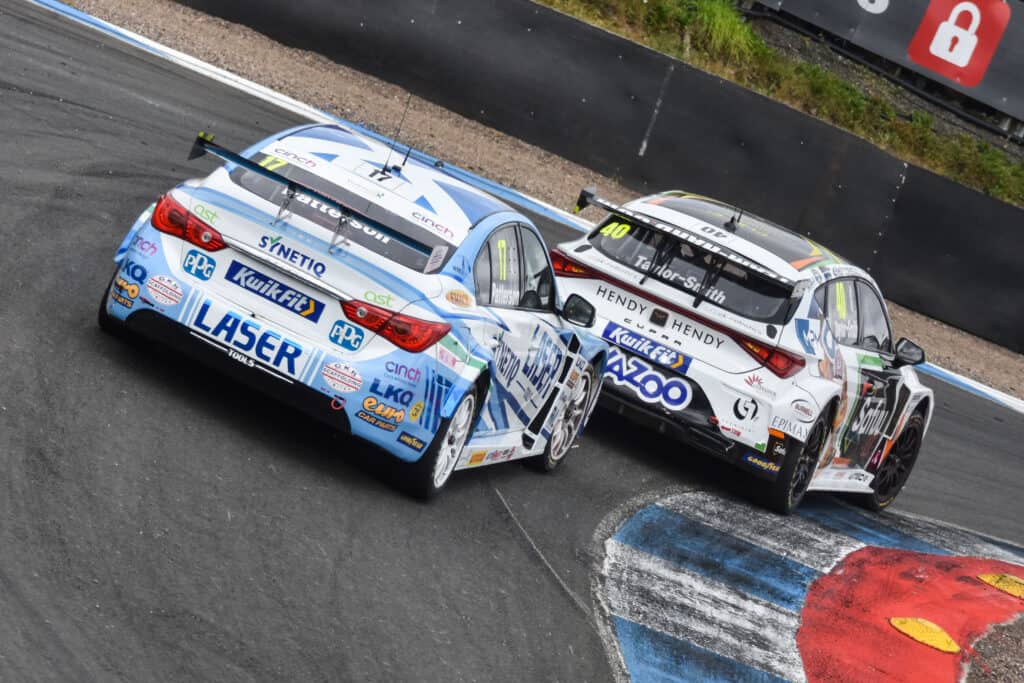 Aron Taylor-Smith: ‘’Race Day at Knockhill. Steady progress throughout the 3 races. It’s so competitive around here a tenth of a second separates 5 cars so having a damper failing in qualifying put us out of position compared to what we showed in FP1 when we were quickest. So, I think it was always going to bed hard to come through the pack.

‘’During race 1 we spotted something on the engine side and the engine began to overheat and the timetable is so condensed with 3 races in 1 day that we didn’t have time to change between races 1 and 2 or 2 and 3. So we kind of had to nurse home an engine that we knew wouldn’t be as effective as possible. For example, we had no hybrid deployment which is probably worth 0.400 seconds around here so it was hard work to say the least and that was for all 3 races.

‘’To get into those points and P14 at the end of race 3 is probably as good as I could’ve hoped for today. We were running P12 at one point but at the same time we just probably didn’t have the pace to crack the top 10. But I leave here feeling like we made progress on my Saturday car set up, we didn’t show it in qualifying with the damper failing but we showed it in free practice with being the quickest.

‘’So we can now go to Snetterton where I feel the car will work a lot better. I feel like Knockhill is a bit of an anomaly and we go to Snetterton where we know the circuit, we tested there only 2 weeks ago and I feel like it’s a bit more in reach. I’m excited to get there, see how we can get on and push on. I feel in general the team are working very well together and we’re making incremental progress. It’s little thing like when you line up on the grid and we’re along side cook who was leading the championship up until the last weekend, directly in front of you is one of the factory Honda’s, directly in front of him is one of the factory BMW’s, we’re around the best of the best and we still have a lot more to come so I’m excited.’’ 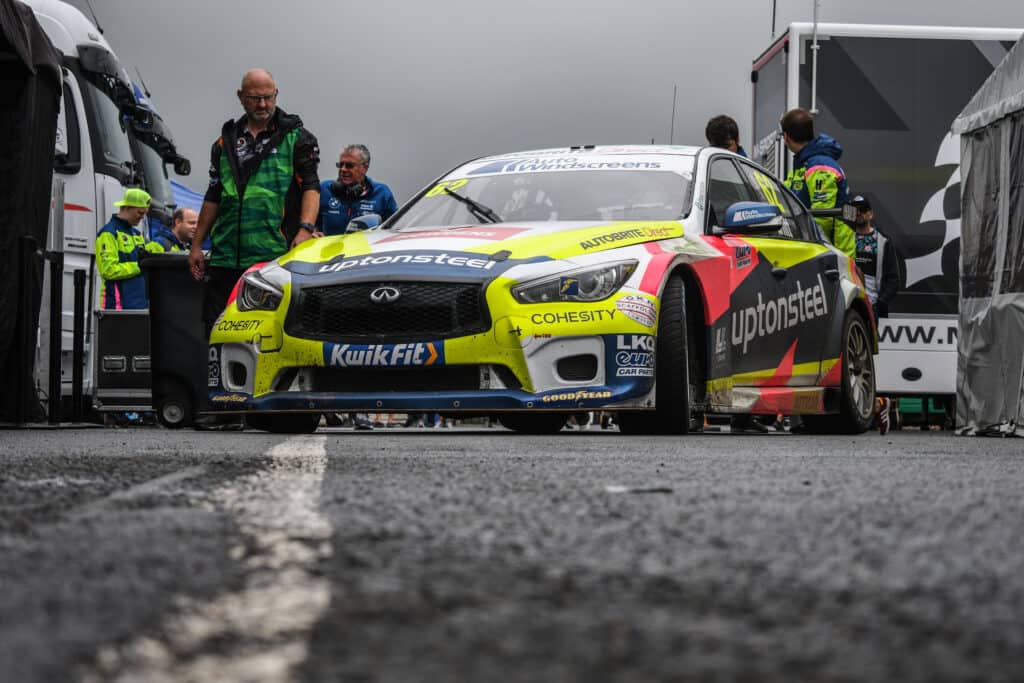 Rick Parfitt: “A really good weekend all in all. The results unfortunately in race 2 and 3 didn’t really show what we could have achieved but from my perspective my pace was far better, the car was far improved and we made up 10 places in race 1.

‘’Race 2 was all about maintaining that position. I was right in the fight with all the quicker drivers and sadly there was an altercation with another car and if it wasn’t for being hit, we would have had another good finish. I hope everyone now finally sees that I am now able to fight with the big boys and so we will move on from here and hopefully continue with this fashion at Snetterton in two weeks’ time.

“Thanks for all the support everyone, you guys ROCK!” 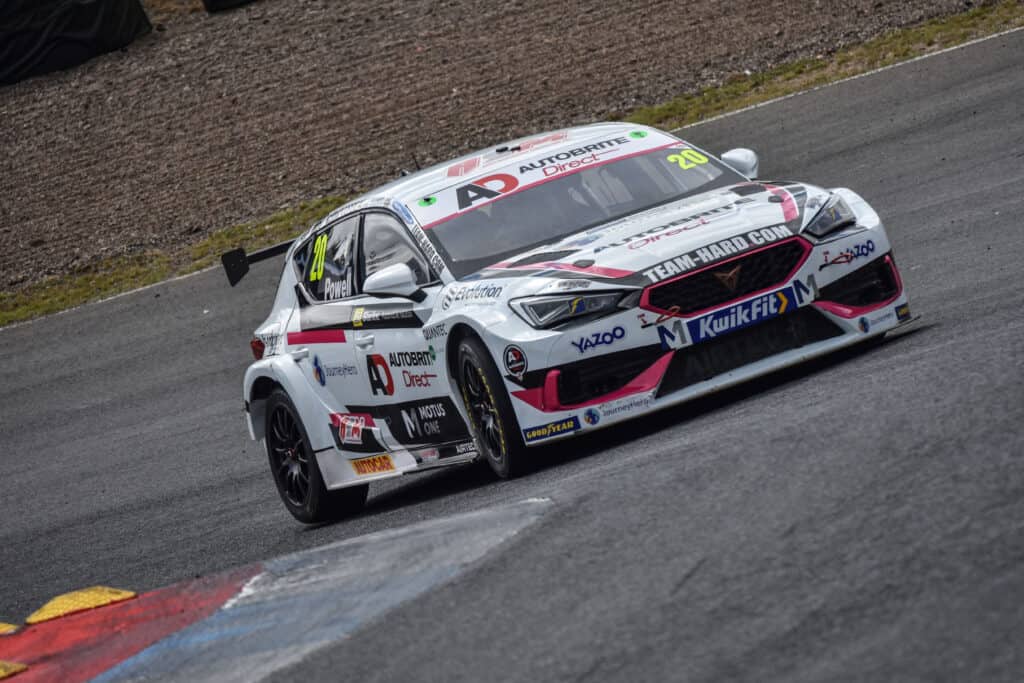 Will Powell: ‘’That’s Knockhill done. Loved learning this crazy track. It was a mixed weekend of results with the potential for a lot more, but it wasn’t meant to be.

‘’We made great progress in Race 1 despite another hybrid failure halfway through the race. We got in to a scrum and picked up too much damage to finish Race 2 which was gutting and then arrived at the grid with no clutch for Race 3. By the time I bump started the Cupra Leon off the line the pack was gone.

‘’There was still lots of positives to take away from the weekend but ultimately the rub of the green didn’t fall our way. Next, we are going in to a sequence of familiar circuits at the end of the season which fills me with confidence.

‘’Thanks to the team, Autobrite and JourneyHero and my friend and race engineer Matt Cherrington. 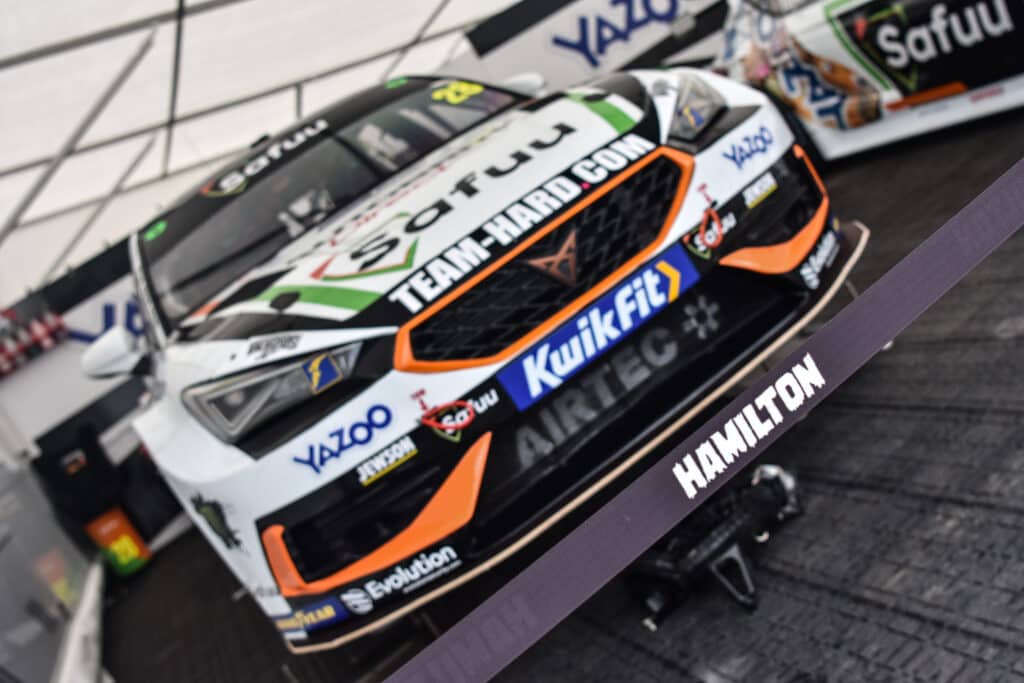 Nic Hamilton: “Not the greatest of weekends after two brake failures across the weekend. We are struggling with this brake servo at the moment, of course it really helps with the amount of pressure I need to produce but then it snatches front tyres towards the end of the braking phase which locks up the fronts. That then pushes me past the apex and the car then generates a lot of understeer and to be honest we are struggling to understand what we need to do to rectify the issue.

“The servo is a massive help but as we delve further into it’s capabilities it’s also proving to be a hindrance at the same time. We were bound to run into some issues, after all it’s the first time a servo assisted brake has been run on a touring car.

“It is what it is but it’s definitely a weekend that I want to forget, move on and look ahead to Snetterton where the car should be very solid as it was during the mid-season test.

“The team are working hard to sort these issues with the brakes so hopefully we can put them behind us and have a great weekend at Snetterton.”